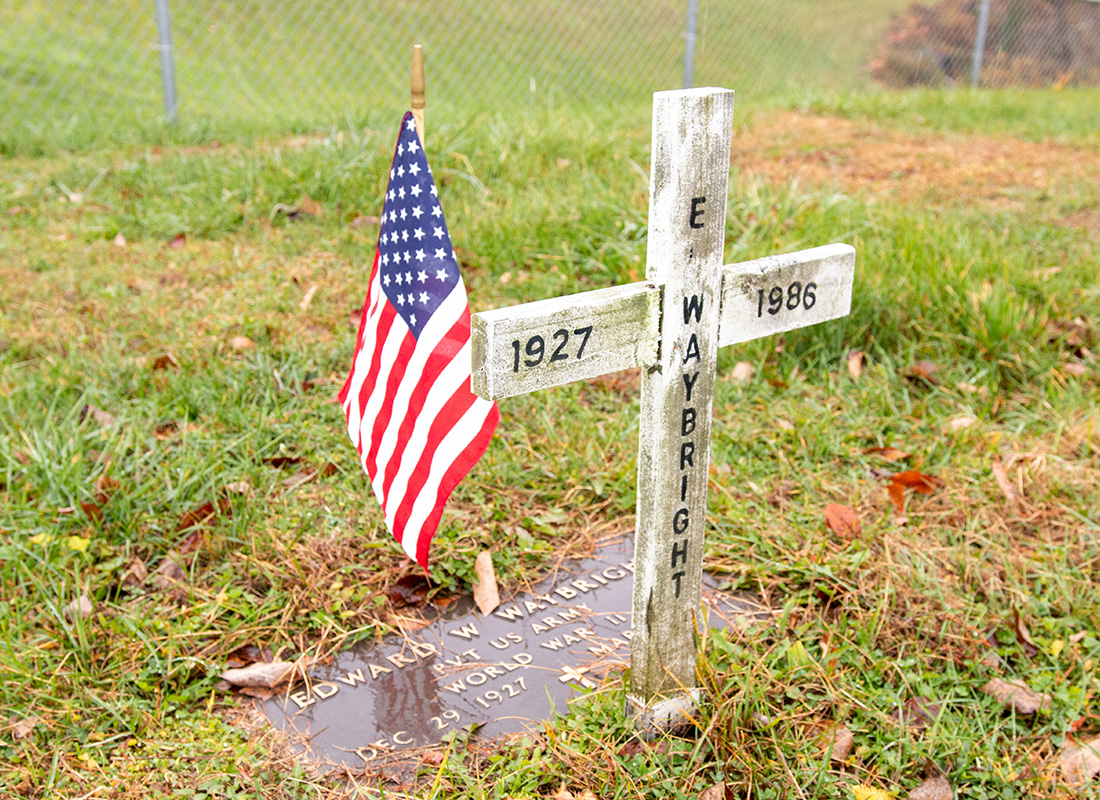 Parkersburg, W.Va. (Oct. 25, 2022) – Volunteers from the WVU Parkersburg Arts Club, Veterans Corps and campus community will gather at the Poorhouse Cemetery on Nov. 10, at 12:30 p.m., to honor Veterans Day and the veterans buried on the grounds.

The Poorhouse Cemetery inters veterans from World War I, World War II, the Korean War and the American War for Independence. Some tombstones have Army, Navy or Marine Corps seals and emblems but do not indicate in which wars the Veterans served.

“Honoring these veterans is the least we can do. They gave us so much; it is only proper that we remember their sacrifices,” said Darren Shearlock, WVU Parkersburg veterans advocate. “As a society, if we fail to honor those that have sacrificed for us, we may find ourselves without people willing to do so if we are in need in the future.”

American flags will become permanent fixtures on 17 graves. More veterans may be buried in the cemetery, but there are no indicators on their tombstones.

“Learning about the veterans buried at the Wood County Poorhouse Cemetery allows us to deepen our understanding and appreciation of those who fought for our freedom,” said Dr. Reidmiller, Art Club advisor.

“Veterans Day has a special importance to me as it is a time for me to remember those friends and soldiers I have had the privilege and honor to serve with,” said David Chandler, veteran and WVU Parkersburg student.

Chandler was a volunteer during the last Veterans Day event. Chandler served from 1990 to 2014 in the United States Army.