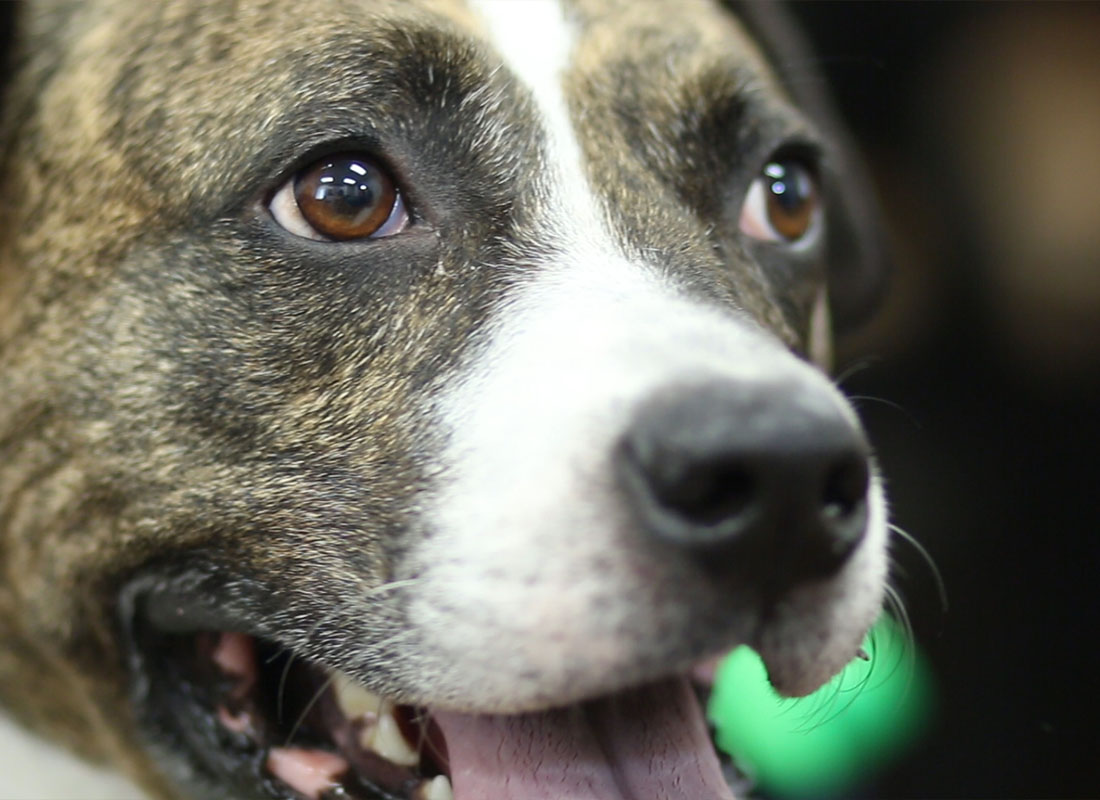 After being born without a leg in May 2014, Keating was rescued by Mark and Nancy Miller, owners of Miller Prosthetics and Orthotics in the Mid-Ohio Valley, with the mission to continue making prosthetic legs for Keating as he grew. Keating became a therapy dog in 2016 and currently has the job of bringing smiles to those in need.

Keating recently brought smiles to the WVU Parkersburg Entrepreneur Center staff and local youth during the Teen 3D Printing Academy in July. His purpose, to show students a real-life example of how 3D printing technologies, and users, can change lives.

Entrepreneur Center Coordinator Logan Mace worked with the Millers to create a 3D printed prosthetic limb for Keating. Nancy brought in a 3D scan of Keating’s leg without a prosthetic, which Mace then imported into CAD software, Fusion 360 and Meshmixer, to design the prosthetic socket and foot sections (from a hand-drawn sketch of Nancy’s), make adjustments and fine-tune the alignment for comfortability and functionality.

“If it doesn’t fit and feel good to Keating, he won’t use it,” Nancy said.

3D printing the prosthetic limb was a trial and error process –  tweaks, adjustments and reprints had to be made. The first leg created for Keating was too small, the second was too thin and not aligned correctly, however, the next is in the works of being perfect. The prosthetic limb was made of a NinjaTek material, called Armadillo, in their most recent trial.

“Makerspaces really have the potential to be ground zero for real-world problem solving by individuals who may not have access to large amounts of capital or manufacturing equipment,” Mace said. “Nancy has waited five years for a 3D printed prosthetic, and for this to be happening in our facility is exciting for me, from a maker’s perspective, and I am proud to be a part of the process.”

Another part of Keating’s job is to aid children in coming to terms with a family member who has a prosthetic limb. “Kids are able to feel Keating’s leg, giving them comfort,” Nancy explained.

Keating has even brought joy to conferences of over 700 amputees. After taking Keating to a National Amputee Coalition Conference, the Millers decided to share him with the community. He currently takes weekly trips to visit Belpre Landing residents along with surrounding hospitals and even Mineral Wells Elementary School.

“He’s added a whole new dimension to our life and became a celebrity in the Mid-Ohio Valley,” Nancy said, “He’s even learned to pose for pictures and has his own business cards.”